With heavy-lift drones like the Freefly Alta X, the Kiwi X4, X8, and Matrice we can fly cinema cameras like the ARRI Alexa Mini, ALEXA LF and RED cameras with any heavyweight lens setup. As a Dutch drone company, we have been flying these drones for over 10 years in The Netherlands and abroad. Contact us for more information about our heavyweight drone options or check our ARRI/RED drone page or portfolio first.

On this Kiwi blog page, you can find more detailed information about the different heavy-lift drones we have to offer for cinematographic drone services. Drones like the Freefly Alta X are mainly used for bigger film productions like we have been doing as a Dutch drone company for the past 10 years. The reason for working with these bigger drones like the Alta X is that the DoP and/ or director want to make the aerial shots with the same camera as they have been working with for the rest of the film production. The cameras mainly used underneath a Freefly Alta X or other big drones are the ARRI Alexa Mini, the ARRI LF, or one of the RED cameras. These camera bodies almost always come with heavy prime lenses and sometimes even one or multiple lens motors. This whole setup goes into a high-end camera gimbal like the MOVI PRO or Ronin 2 which makes the payload exceeds a 10GK pretty fast. These payloads can only be flown by fully certified drone teams and the strongest cinematographic drones out there, the heavy-lift drones. 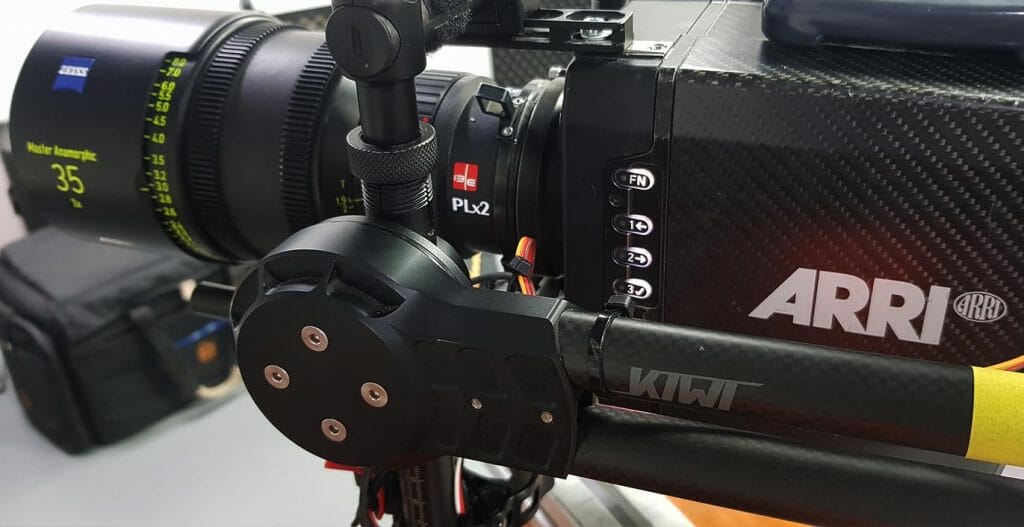 The Freefly Alta X is one of the best-known commercial heavy-lift drones that can be bought online. The company behind this drone is the American company Freefly or Freefly systems. They are a big player in the drone business for cinematographic purposes and develop and sell different high-end products. The Freefly Alta x drone is a drone that can lift big payloads like heavy camera setups or Lidar systems. In the Netherlands and many countries in Europe, we are allowed to fly drones up to 25 KG. This is an important factor as this gives a limitation to the camera setup we can fly as a Dutch cinematographic drone company. Let’s make a small calculation to see what amount of weight we can fly for a camera setup underneath the Freefly drone.  The Alta X has a weight of 10.4 KG including two 16Ah  batteries. With the drone comes the gimbal, let’s say a Ronin 2 with a net weight of 5KG exactly. This way, the Alta X leaves a weight of 9,5KG for a RED or ARRI Alexa camera body + lens and one or multiple lens motors.

The flight time of a drone is very important. Especially at the bigger cinema production where a lot of people and preparation is involved before each take. The flight time of the Alta X drone is about 10 minutes when it’s flying at its maximum capacity.  A cool feature of the Alta x drone is that it’s foldable and therefore good for international shoots. But don’t get over-excited, the drone flight case is still relatively big as it’s just a really big drone in general.  The Freefly Alta X can fly speeds up to 100 km per hour with a full 25KG payload. next to its foldability, a nice cinema feature is that the camera can be mounted on top of the drone instead of only underneath like most drones. Next to this, the Alta x drone has a self-developed ‘Active blade’ design which should minimize vibrations in the camera. 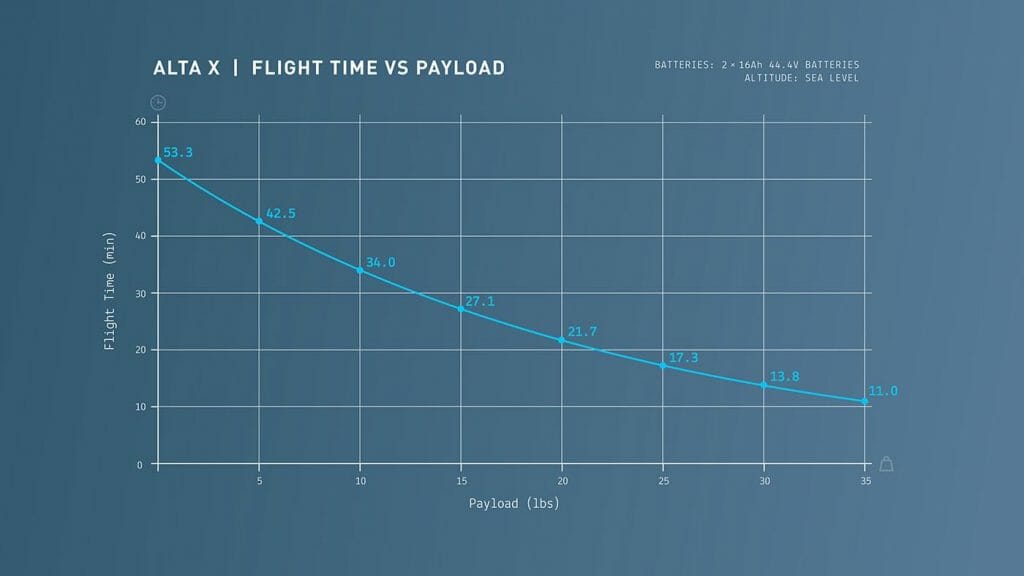 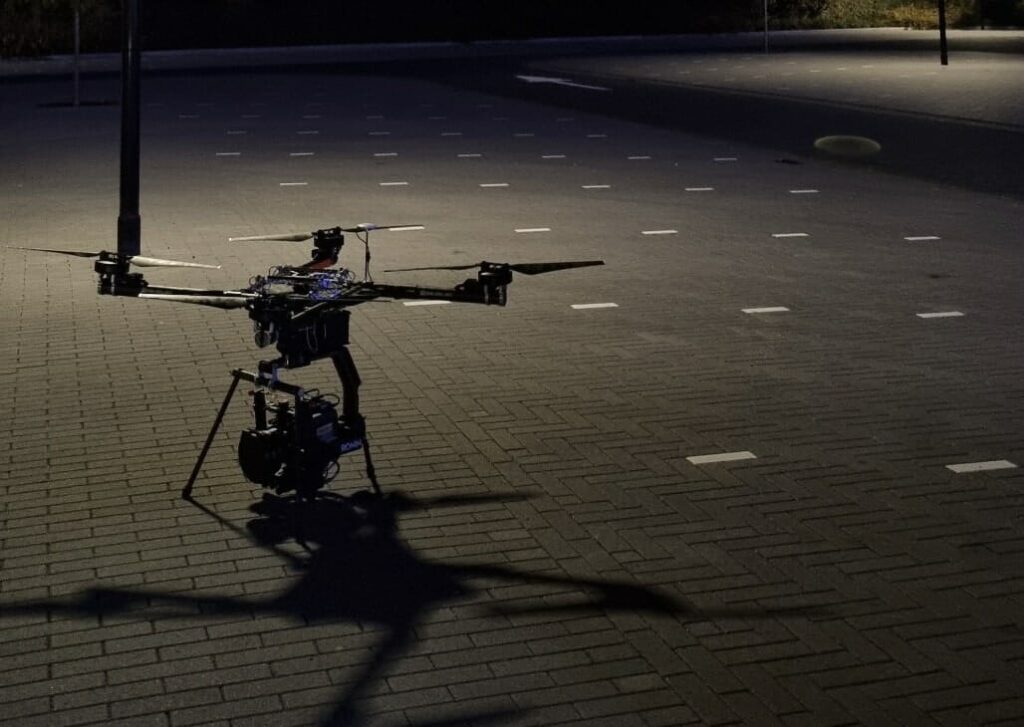 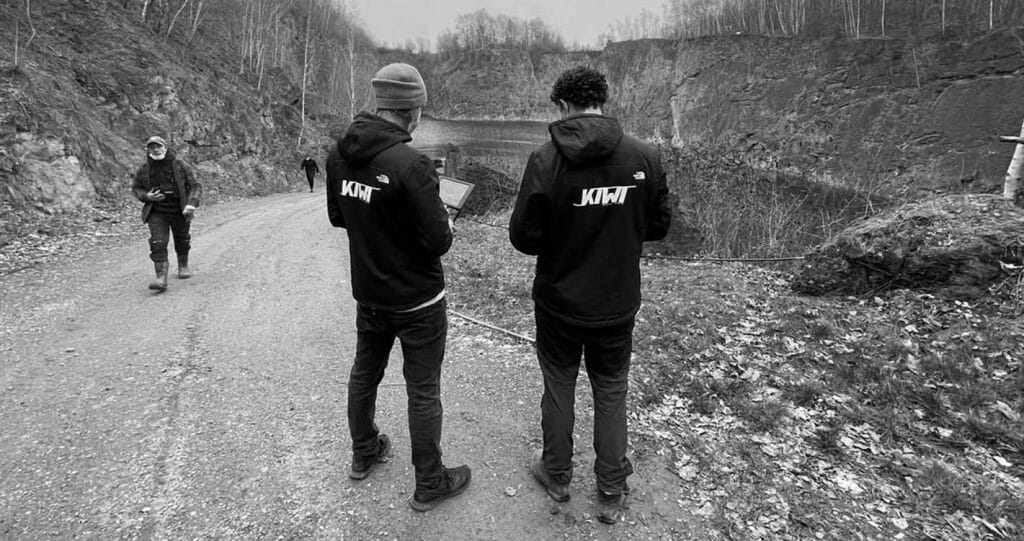 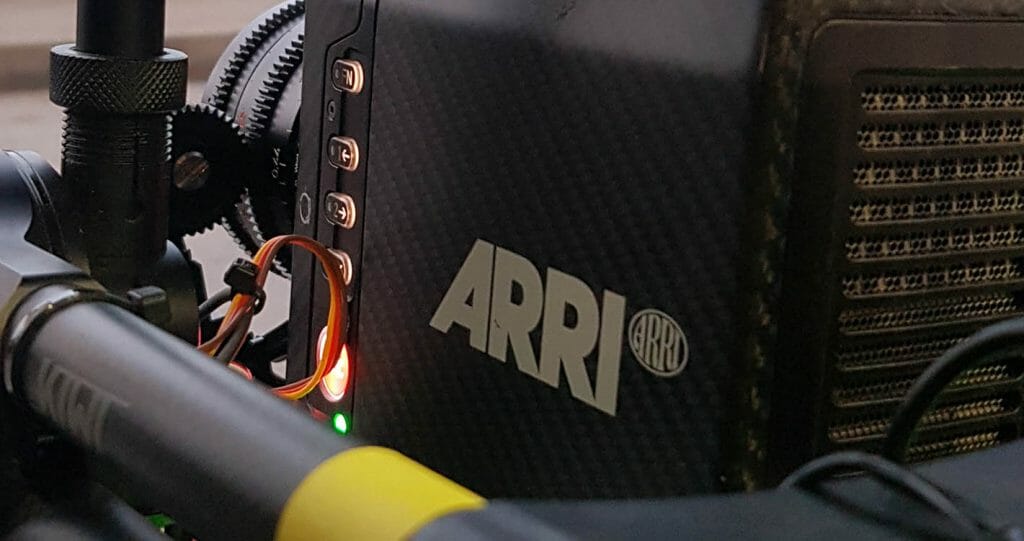 At kiwi Aerial Shots, we have multiple heavy-lift drones including some custom-designed and self build drones as we often think that it can be done more efficiently and better. The advantage of having multiple heavy-lift drones is that we can pick the best suit for each film production. As every film production has its own whishes we can decide for each one which drone suits best. A faster speed, heavier payload, or the need for a top mount is part of this decision-making. Also, the location of the film production is important and the number of locations we are filming on one day. If we have to operator pretty fast on each location we have to go for a drone that gives us the fastest work pace.

The Dutch drone teams we work with for these bigger drone productions contain a two, three, or four men team. Again, depending on the location, speed, and camera setup. Let us know if you are looking for a Dutch drone team to fly your heavy camera setup and we can let you know how we can set this up in the best possible way.

Next to what is mostly done, flying an Alta X or other heavy-lift drone with a camera setup we also fly our self build 1800W LED drone lighting system. This unique lighting system is gimbal controlled and can create unique shadow and lighting effects. Check our drone lighting page for more information and portfolio items. 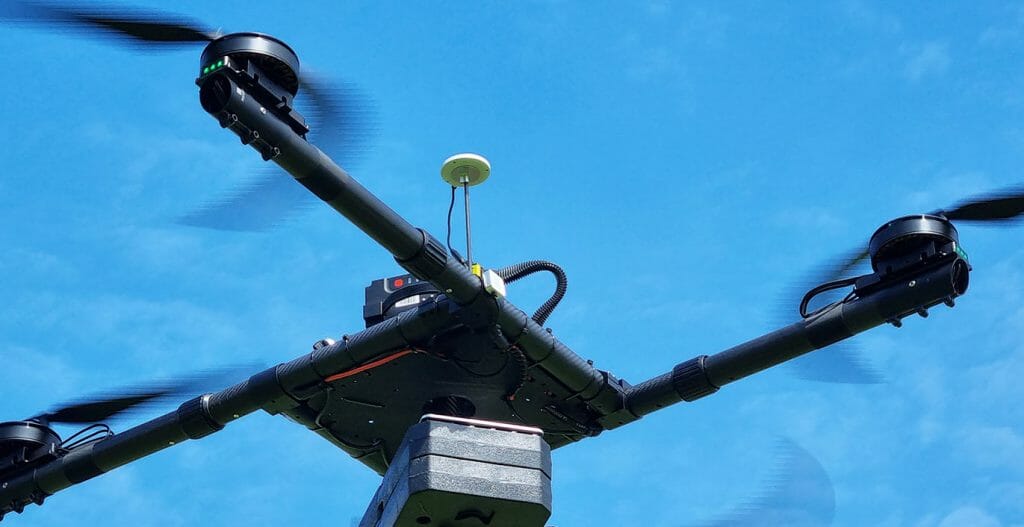 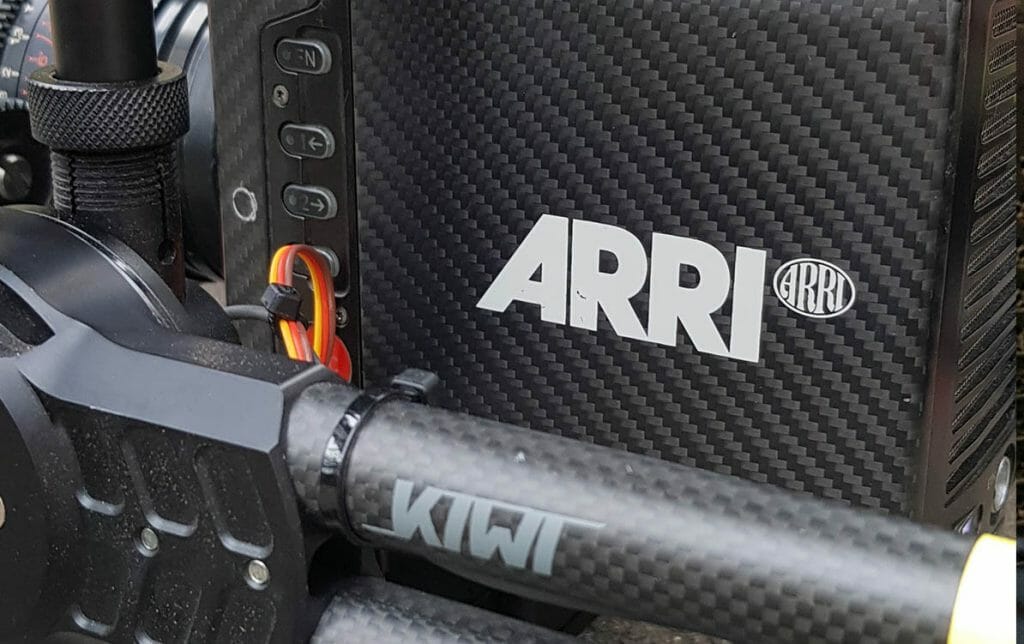 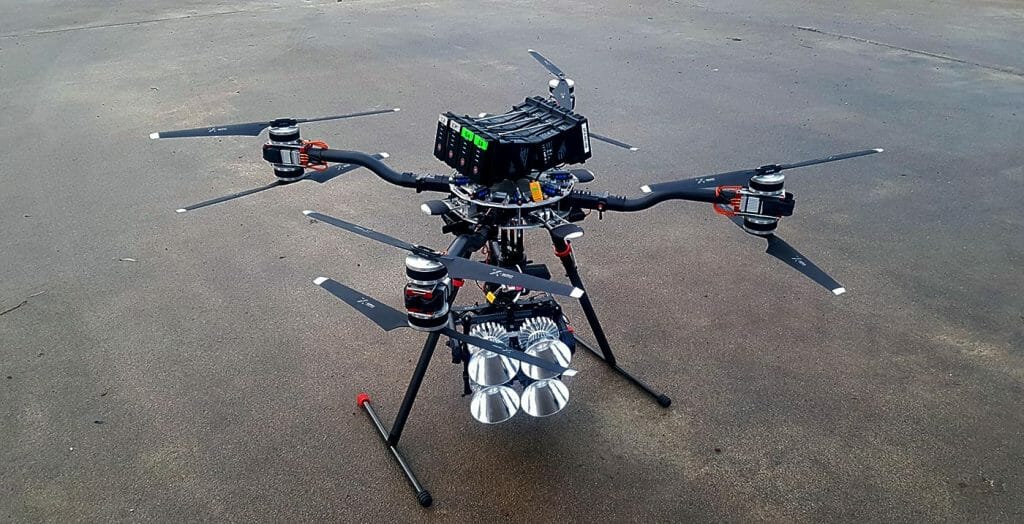 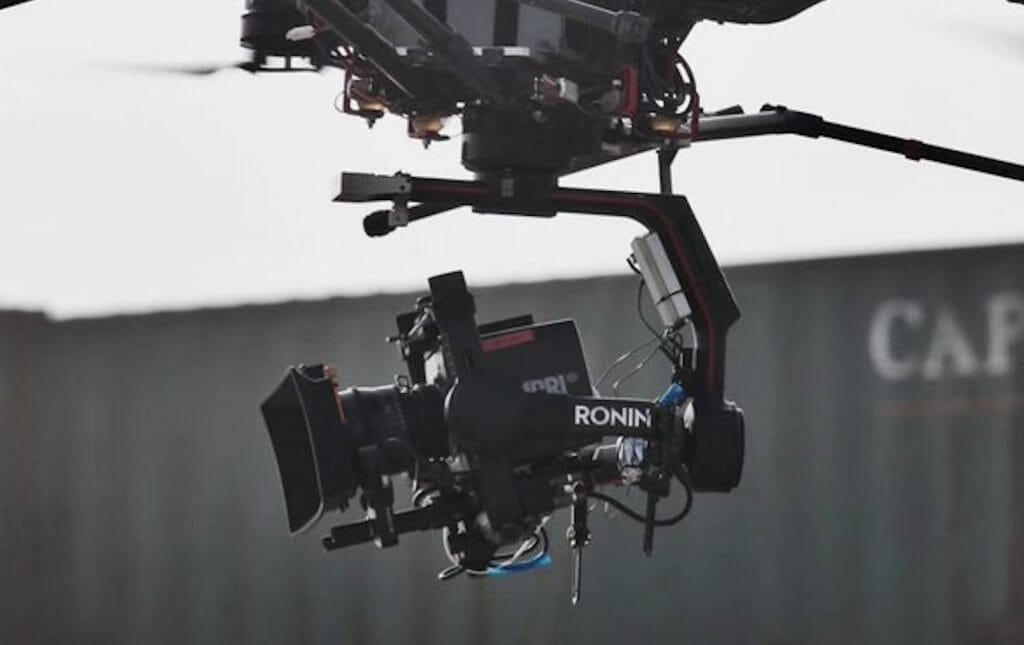 We have more than 10 years of heavy-lift drone experience as we have built them ourselves. Check some of our portfolio items for which we have flown a RED or ARRI Alexa camera setup. And if you are looking for a Dutch drone company to fly your cinema camera setup? Let us know through the contact page where you can find all our details.

FORD Mustang commercial: flown with one of our heavy-lift drones

CHAPTER ONE, for which we have traveled the world flying our self-build drones 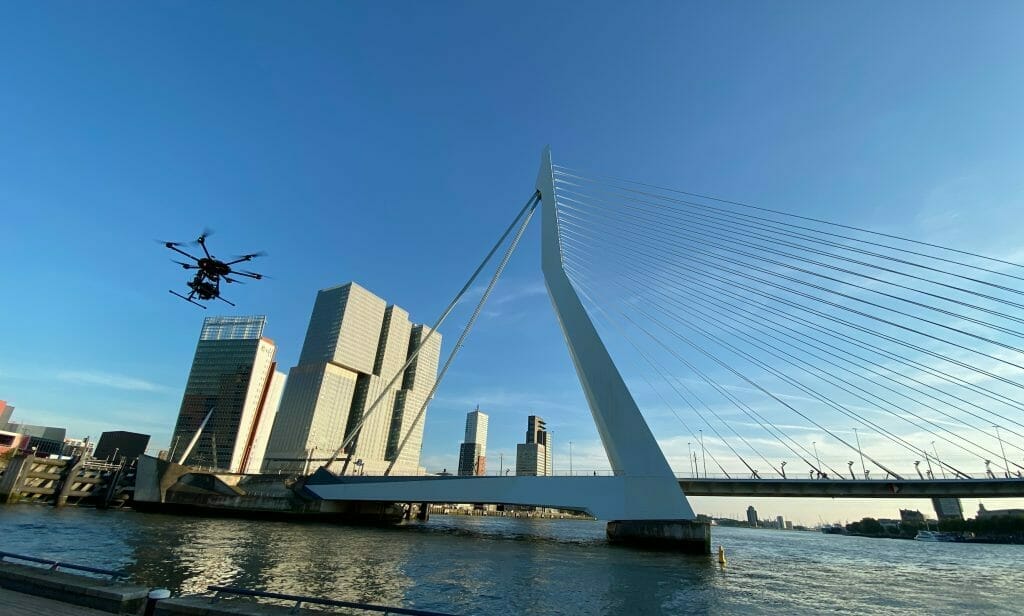 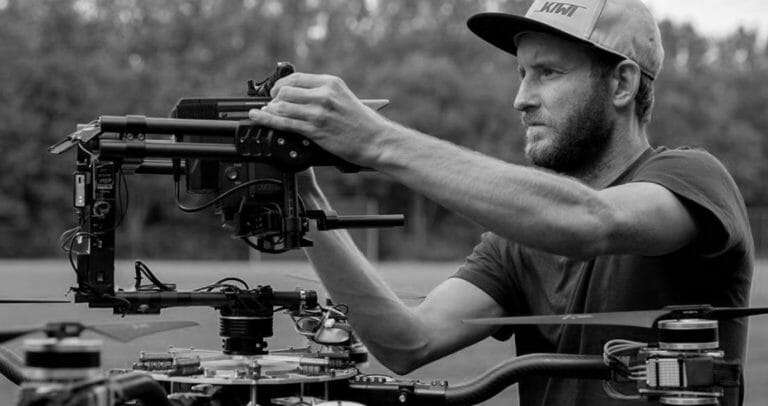 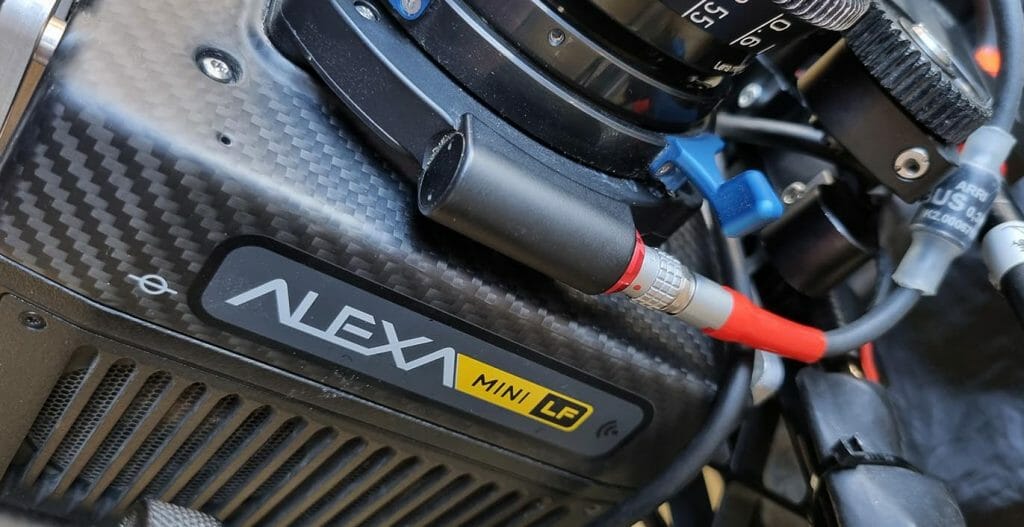 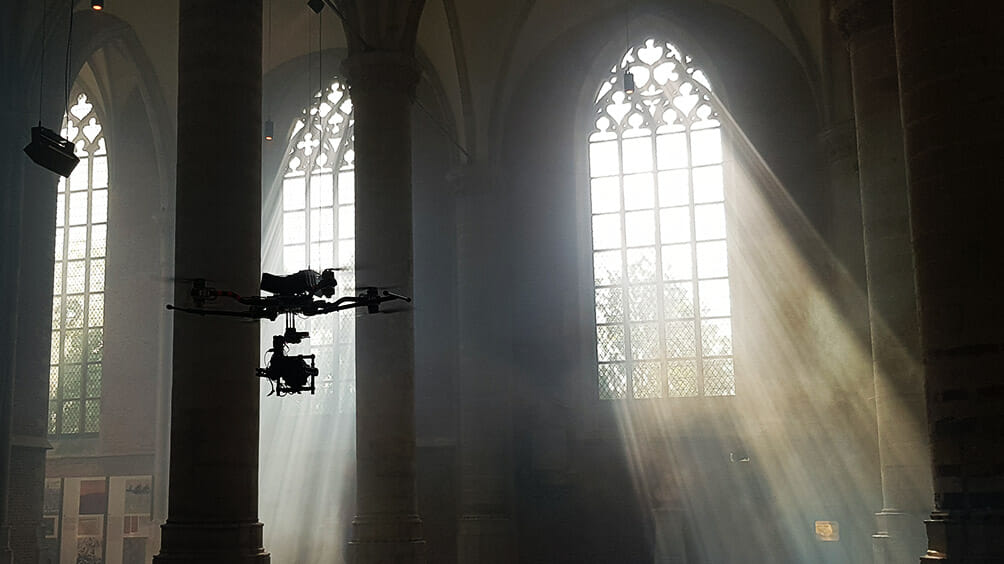 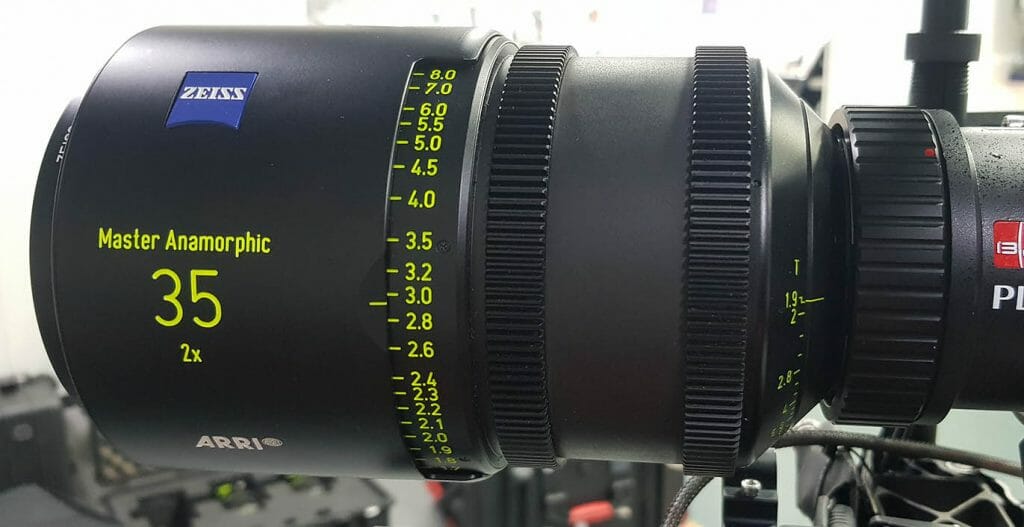 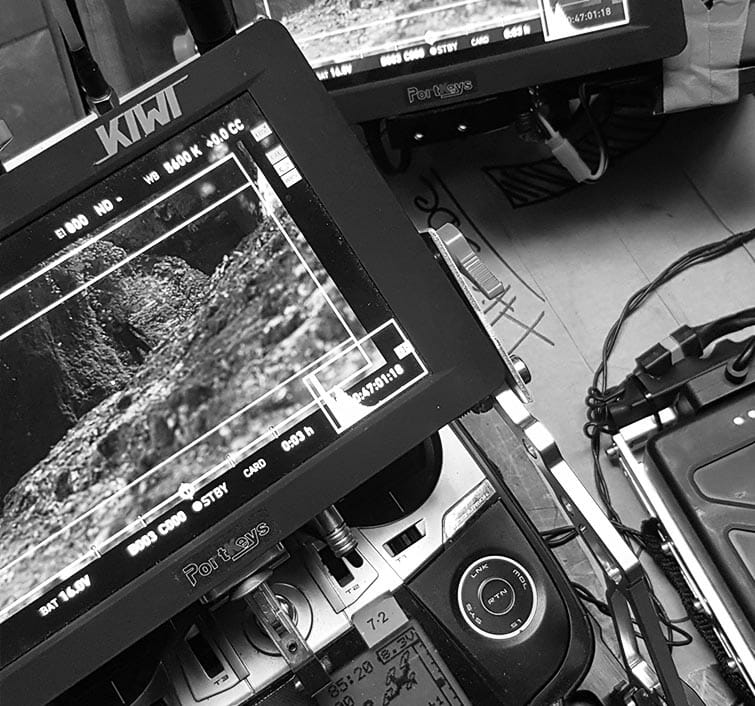 Let us know if you are looking for a fully certified Dutch drone company that can fly your cinema cameras We have the equipment, the experience, and certifications to get you the aerial shots you are looking for. Check our Kiwi Aerial Shots website for more information about our Dutch drone team, drone or helicopter services, or contact us through the button below. 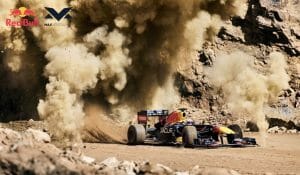 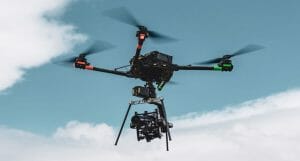